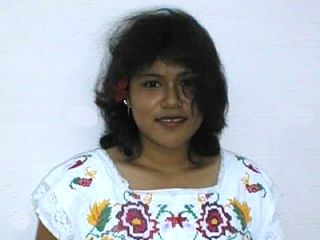 Mestizo is the mixture of Europeans (Spanish) and Indian ancestry (Amerindians). It comes from a Spanish word meaning mixed. They are refugees from the Caste War of Yucatan in the Mid-Nineteenth Century. They were Catholics and spoke the Spanish language, but as time went by they began to speak English, other languages and changed the religion they had.

In Colonial days, they were discriminated against because of their Spanish language. However, they soon became the second largest cultural group in Belize. The majority are in the Northern districts (Corozal and Orange Walk). They also formed the largest and the most influential part of the population in many Latin-American Countries. 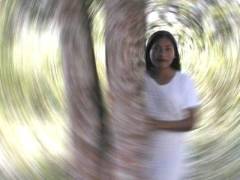 Xtabai is a well-known myth created by the Mestizo ancestors. She is said to be a beautiful young girl who has long straight black hair. The Xtabai, according to the ancestors, has her feet like that of a bird. She only appears to people that wonder in dark places near the bush and late at night. The Xtabai only calls to men, usually drunk men. She takes them to the bush and sometimes kills them or only hurts them and leaves them with pain in the midst of the bush. The Xtabai then turns herself into a tree of prickles or into a snake. Following is a story of the said Xtabai.

Juan is fifteen years old. He lives in the village of Ranchito. Every Sunday he goes to Corozal Town. He always goes home late at night. Elena, Juan’s mother, tells him that something can happen to him. He does not listen to his mother. He still goes to town every Sunday.

One night, while coming from town, Juan sees something. It is black and white. As he comes nearer he sees that it’s a beautiful girl. She is combing her long black hair. She calls to him as she moves inside the bush. Juan follows her. They go far inside the bush. Juan now remembers what his mother tells him. He now remembers the story of the Xtabai. He tries to run but cannot. He feels cold.

The Xtabai comes slowly and hugs him. The beautiful girl changes into a tree of prickles. Her feet are like those of a bird, with long, sharp claws. The prickles enter Juan’s body. Her long claws scratch him. Suddenly the Xtabai disappears, and he falls to the ground.

Juan tries to get up and find the road-side. After two hours he reaches the road. His whole body hurts. He feels hot. He sees a car stop. He stops it, and the driver picks him up. He talks to Juan, but Juan is silent. The driver says to himself, “I think he has seen the Xtabai.”

Elena takes Juan to an old man. Mr. Jacinto, the old man, collects leaves and bathes Juan. After a week Juan is well again. He tells his friends the story. Juan learns a good lesson. He now obeys his mother. 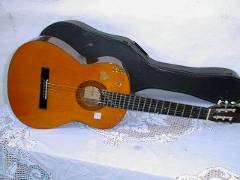 The guitar is a typical musical instrument played by the Mestizo people. It is often used for something called Serenata in which a lover would sing at the window of his beloved one. It was said that this Serenata would bring about the marriage of the couple. Serenata is now only famous in Spanish-speaking countries. 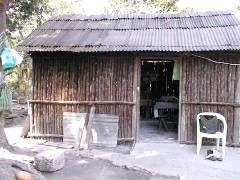 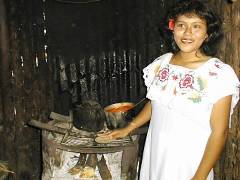 This environment is very common among village people. The kitchen (lefttop) is usually made with thatch. A typical Mestizo (rightbottom) cooks tortilla.

Here are some examples of typical Mestizo clothing. 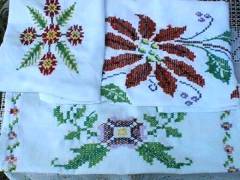 Many Mestizo arts and crafts are also very practical. 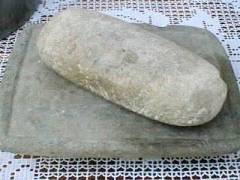 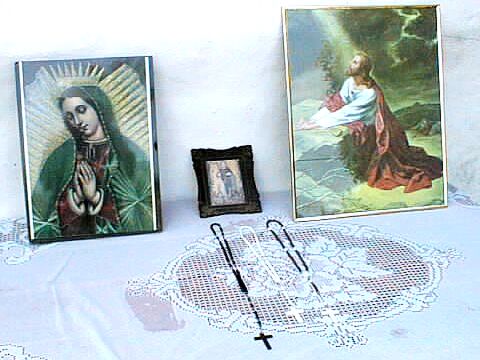 And of course, religion is at the center of Mestizo culture.

These pages were created by these CCC students (in about 2000):

Printed from https://corozal.com — The Mestizo Culture.