After the British conquered India in 1844, the Indians in 1857 struggled unsuccessfully to regain control of their beloved country. Political unrest and famine in the land resulted in the Depression of the 1930’s. Poverty impelled us to accept the offer of being indentured labourers.

Since slavery was abolished in 1833, the sugar plantation owners needed a large labour force to replace the freed slaves. Being an indentured labourer meant we belonged to our new employer. We had to work on the sugar plantation for five years with minimal wages and no rights.

We were commonly referred to as “Coolie”, which means a paid servant of East Indian descendants, or Hindu. But usually Hindu is applied to members of the Hindu faith, which is a dominant religion of India. To distinguish us from many other Indians in the world, we are called East Indians because we came from the East. 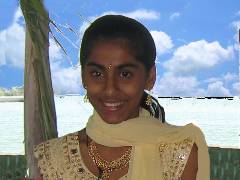 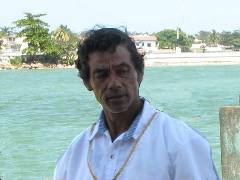 Females are of average height, have sharp noses, narrow faces and shiny black eyes. In many cases they are beautiful women. Few of them are buxom. They are shy and gentle. Hair is usually parted down the center and braided. 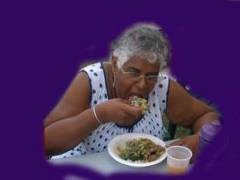 Although the East Indians cook and eat foods which are common to all Belizean Creoles, they still favor those food which their ancestors used and handed down to them. Chief among these are tacari, meat flavored with curry, and roti, flour tortillas. Dahl or split peas, and Sano, are also popular.

East Indians once had a language of their own, but because of being teased when it was spoken, intermarriages and emigration resulted in culture erasure; the language has been lost. Very few words remain, most of them used in East Indian cooking.

The East Indians who first came to Belize still maintain most of their customs and traditions. These were passed down to their children, but not all were sincerely devoted to these. However, some of these customs and traditions are still being practiced in their adopted country of Belize. Some examples are

The five years of our intended stay flitted by and we did not return rich to India but adopted Belize as our home. As Belizean East Indians we have contributed much to the building of this nation we call home. By retracing the footsteps of our ancestors we will be able to add more flavour to Belize in meaningful ways. We embrace the challenges to salvage, preserve, and promote the values of and traditions of the East Indian culture, thus creating awareness of existing skills for sustainable livelihood.

Thanks to Sylvia Perez and COEICH for the use of the material on this page.

For pictures of the Festival on 28 February, 2010 click here.